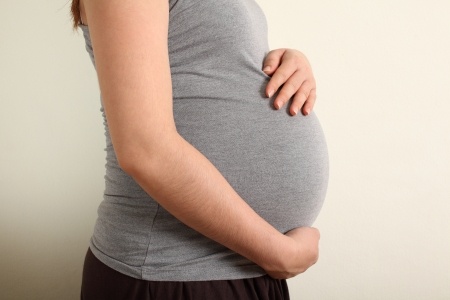 There are a number of factors that must be taken into consideration before treating, or creating a treatment plan for a pregnant patient. Pregnancy may alter the course of treatment as well as the drugs that are generally prescribed to patients for pain and infections. It is critical for a pregnant patient to consult her gynecologist prior to visiting a dentist for treatment. However, the most critical of all factors is for a woman to give the correct history of her pregnancy along with information about the current month/trimester, any other drugs that she may be on, or additional instructions given by her gynecologist.

Which trimester is safest for dental treatments during pregnancy?

According to leading dentists, it is best to postpone all dental treatments till after the birth of the child to avoid any risks. However, in case of infection or pain that needs to be addressed immediately, the second trimester – all the way from the third till sixth month of pregnancy – is considered to be the safest for dental treatments.
During the first trimester, dentists avoid elective and invasive treatments because the fetus is at a delicate developmental stage during which it is most sensitive to any foreign radiations or chemicals. This includes exposure to x-rays as well as medication that is prescribed to control infection or pain. However, prophylactic treatment and dental cleaning can be done during the first trimester to avoid bacterial accumulation or progression of carious lesions during the course of pregnancy.

Dental treatment is generally contraindicated during the third trimester. After the seventh month has begun, all dental procedures are generally postponed till after the birth of the child. Perhaps the most important reason behind this is that the supine position (lying down on the dental chair) can prove harmful for the patient for a prolonged period of time and may result in loss of consciousness, among other complications. However, minor prophylactic treatments and cleaning can still be performed to promote good oral health till the issue can finally be addressed properly.

How harmful are x-rays for pregnant patients?

Based on common knowledge and understanding of the issue, most women tend to avoid x-rays entirely when they are pregnant. Dentists themselves do not generally take x-rays particularly during the first trimester, but according to the latest research a single exposure of radiation that is generally done in a dental clinic is not powerful enough to pose any threat to the mother or the fetus. Safety equipment such as abdominal shields are present at all dental clinics and are used as per protocol on all pregnant patients to reduce x-ray exposure to any other region of the body other than the oral cavity.

What medications are safe to use during pregnancy?

It is critical to consult a dentist or gynecologist prior to taking any medication during pregnancy as certain drugs are contraindicated during this time. NSAIDS (Non-Steroidal Anti-Inflammatory Drugs) are generally not prescribed to pregnant patients; however oxycodone and acetominophen can be given to manage pain. Drugs that can have direct effects on the physical or mental development of the fetus should be avoided at all cost – this includes tetracyclines. Lidocaine as an anesthetic agent is considered safe during pregnancy. Penicillins and Clindamycin are considered safe as anti-biotics.

Pregnant patients are encouraged to consult their physicians or gynecologists before taking any new drugs particularly during pregnancy and while breast feeding to ensure their complete wellbeing, as well as that of the baby.